$9.95
In stock
Sometimes myths and legends can appear in the most unexpected places. The Brisbane Central Business District is one such unlikely setting. It is here that the young George Kiprios found accidental and enduring fame in his public persona of Rock 'N' Roll George
Wishlist Compare
Skip to the end of the images gallery 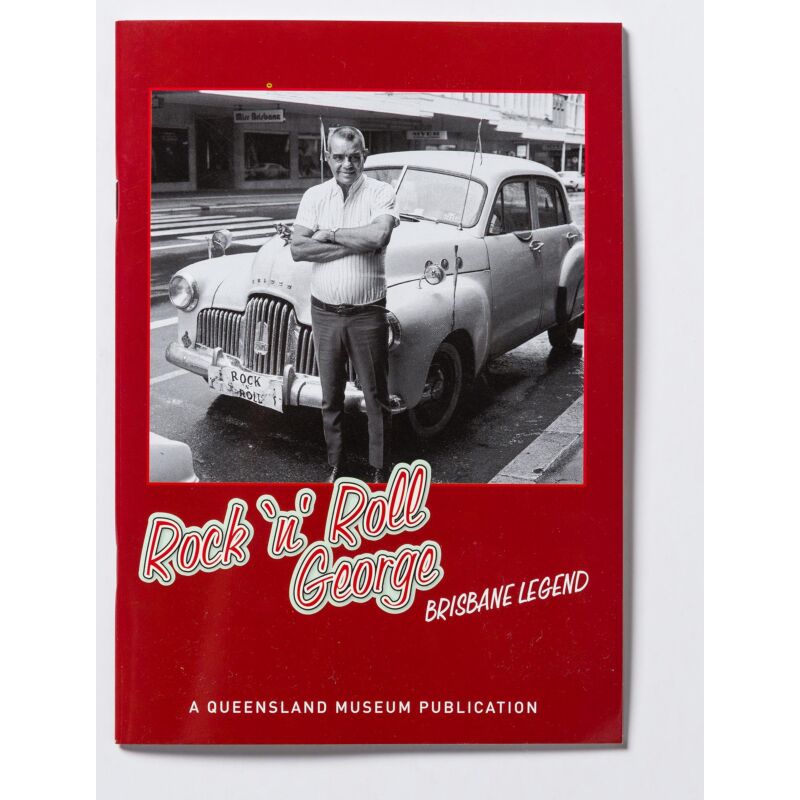 Skip to the beginning of the images gallery
Product Description
Many people who have grown up, or lived, in Brisbane have a story to tell about George. For more than 50 years, he was constant presence in a city that was evolving rapidly from sleepy country capital to modern metropolis. George touched the lives of Brisbane residents from all walks of life and our collective memories of him are nostalgic reminders of a gentler time. There are legendary stories of why he was driving around. Some said he was looking for his love, others said he was looking for his mum after she had passed away. I'm not sure George was looking for anything. It seemed to me, George was happy to be just George. -Father Dimitri Tsakas, quote from Eulogy, Greek Orthodox Church of St George, South Brisbane, 3 December 2009.
Additional Information
Reviews
Write Your Own Review