Special Price $24.95 RRP $40.00
In stock
Only 3 left
Materials: pewter with antique silver finish, amethyst
Wishlist Compare
Product Description
The Lewis chess pieces are among the best known objects in the National Museum of Scotland. They were carved from ivory in the late 12th and early 13th century and were found 700 years later on the island of Lewis. The pieces were probably made in Scandinavia and possibly belonged to someone who lived on the Isle of Lewis. Ninety-three pieces from a compendium of games, including four distinct chess sets, were found. Although no chessboards were found, it is possible that the board was of a red and white chequerboard, as opposed to the traditional black and white we use today. Materials: pewter with antique silver finish, amethyst
Additional Information
Reviews
Write Your Own Review
Skip to the end of the images gallery 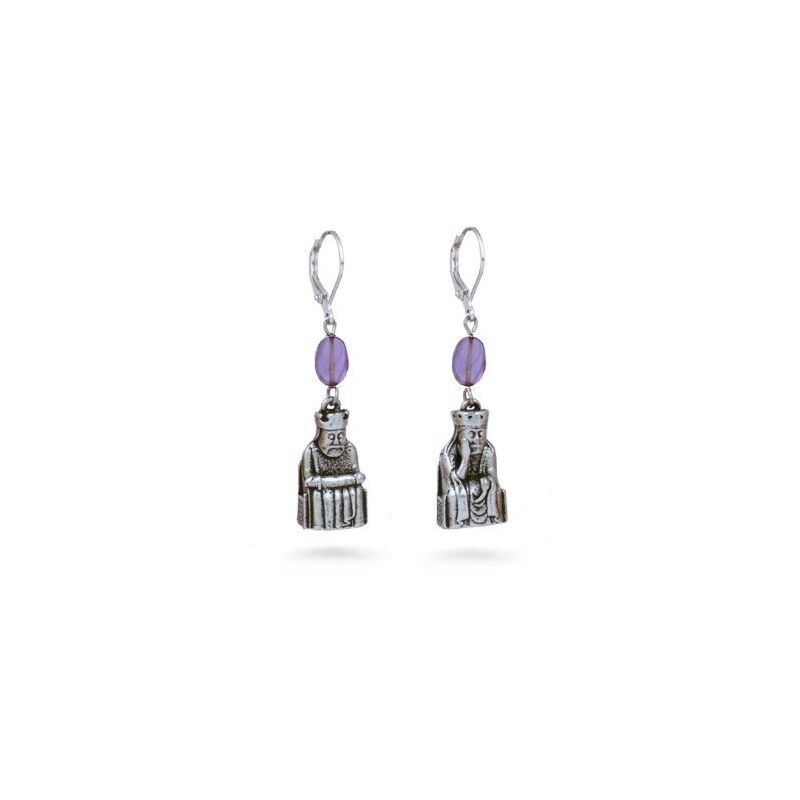