$39.95
In stock
Only 3 left
The iconic gold producing Charters Towers district was once called "the world" with its wealth and its own stock exchange. The anecdotal story of the Clifton family, owners of breweries portrays the opulence of some people of Charters Towers in its heyday. "Missing friends" is the anedotal story of life in the goldfields and represents the struggles faced by many migrant pioneer families. The deserted towns of Dalrymple, Liontown, Oombabia, Brookville, Dreghorn, Evilton, Galena Grass Hut, Kirk, Rochford, Totley, Ukalundra, Capeville, Norwood, Thalanga and the respective district camps as well as the big gold producing Mt Leyshon are shown with maps, town plans, photos, statistical and historical information. Photos of the remains are shown alongside the photos and information of these places in their glorious prime.
Wishlist Compare
Skip to the end of the images gallery 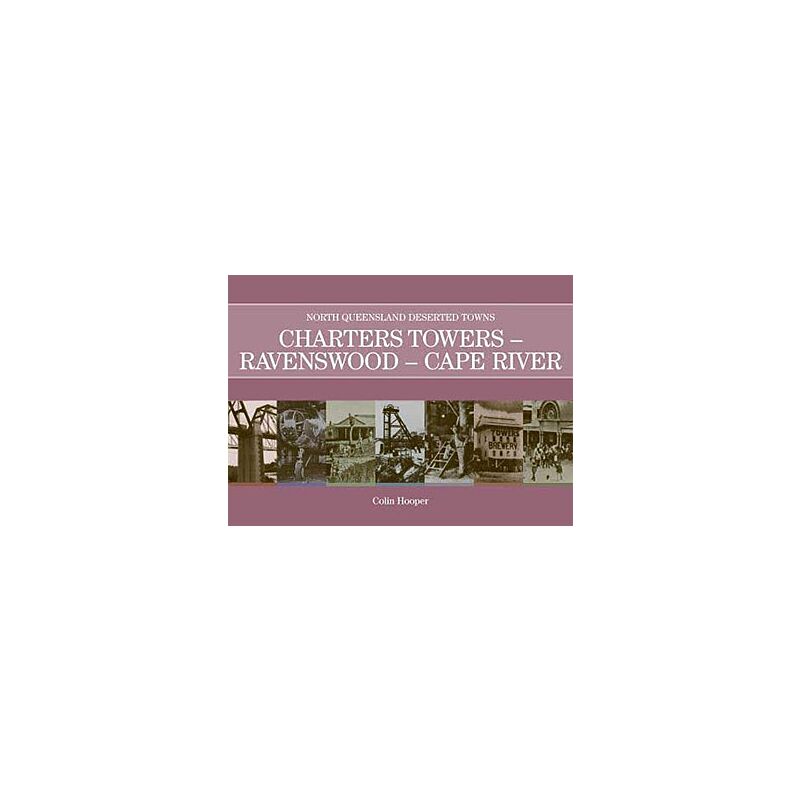 Skip to the beginning of the images gallery
Product Description
Extract: The Nuggets In 1990, PanCon’s new concentrate drying slab cracked up as the contractors batch plant operator had sold off the cement powder during construction, resulting in a weak concrete. The contractor was called back to cast a replacement over the failed slab. He mobilized the batch plant with its sand, gravel, and cement. Meanwhile, the heap leach pad plastic liner was badly damaged by incorrect material placement on top of it and had to be removed. Some local lads were setting up a heap leach at Cape River and needed some plastic liner. They approached the engineer to see if they could buy the damaged liner. This was freely given on condition that they cleaned up the site. This they did and in return came back and gave the engineer two small gold nuggets in appreciation. Later that day the engineer, with the nuggets in his pocket, went to inspect the contractor’s sand for mica, clay, and sticks. The sand was good but then the idea struck him. Bending down, he ran his hand through the sand and came up with a gold nugget, showed all, and asked the contractor; ‘Where did you get this sand?’ “Homestead Creek’ came the reply, and everyone knew that there was no gold in Homestead Creek. Bending over again, he repeated the motion at a different location holding up the second nugget saying; ’Look, another one.’ He then walked away leaving the excited contractors. That afternoon, the 4,000 metres of sand looked like a huge rabbit warren, but no more nuggets were found. The iconic gold producing Charters Towers district was once called "the world" with its wealth and its own stock exchange. The anecdotal story of the Clifton family, owners of breweries portrays the opulence of some people of Charters Towers in its heyday.
Additional Information
Reviews
Write Your Own Review
May we suggest