This design is taken from the last remaining A7V German WWI Tank, "Mephisto", depicts a red devil carrying a British tank under his arm. This iconic design is sure to impress tank and design lovers alike.

The T-Shirt is made from 100% cotton and is available in unisex sizes XS-XXXL.

Wishlist Compare
Product Description
The Sturmpanzerwagen A7V was the only German tank of the First World War. A mere twenty were built and these only took part in eleven battles on the Western Front during 1918. The sole surviving A7V, Chassis Number 506 and destined to be named Mephisto, took part in two battles: St Quentin (21 March) and Second Battle of Villers-Bretonneux (24 April). Mephisto became immobilised in a shell crater at Villers-Bretonneux and lay stranded there until July 1918, when it was captured by men of the 26th Infantry Battalion Australian Imperial Force. Mephisto was recovered with the assistance of the British 1st Gun Carrier Company, and eventually shipped to Brisbane, Australia, as a war trophy in 1919 and housed at the Queensland Museum, where it remains.
Additional Information
Reviews
Write Your Own Review
Skip to the end of the images gallery 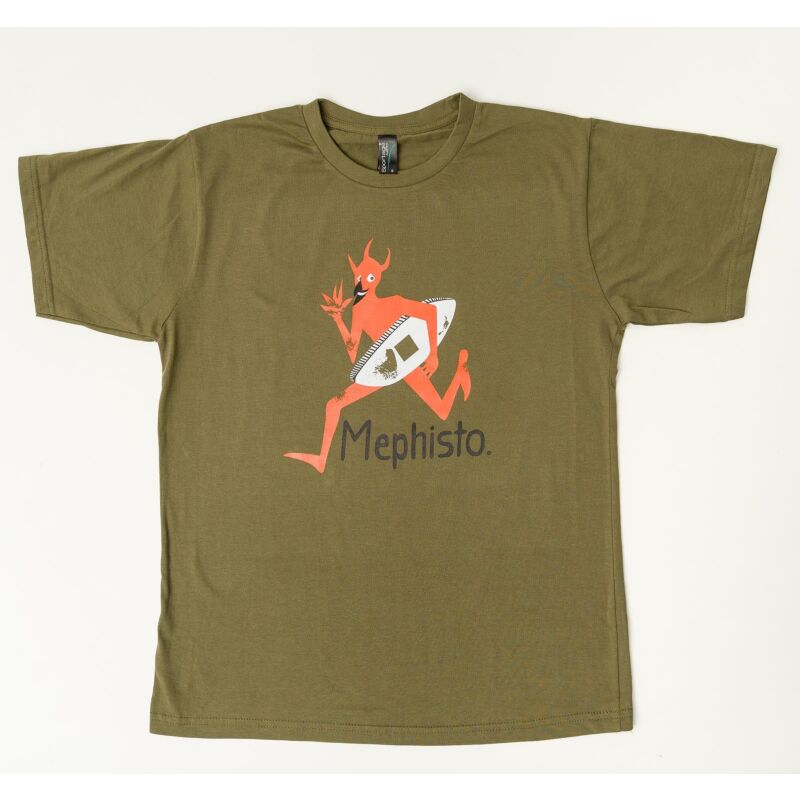