The Art of Australian Geographic Illustration

The Art of Australian Geographic Illustration

Twenty seven years of excellence in illustration is celebrated in this sumptuously illustrated book from Australian Geographic. The illustrator’s art has been one of the cornerstones of Australian Geographic since Banjo the platypus graced the cover of the first issue in 1986. Photo-realistic illustrations of native fauna appeared on each cover for the first 83 issues. Inside the pages of Australian Geographic, illustration has been used to explain complex data, recreate scenes from our ancient past or simply to show us nature in all its detailed glory and continues to be a vital storytelling tool. This gorgeous book boasts 224 pages of beautiful images from many of Australia’s finest natural history artists. Enjoy the chance to see many familiar scenes in a whole new light as they feature as artworks in their own right. The book is packed with depictions of Australia’s fauna and flora as rendered by the finest illustrators and features words from award winning writer and artist Alasdair McGregor.

Alasdair McGregor was born in Sydney in 1954. He studied architecture at the University of New South Wales, gaining a Bachelor of Science (Arch.) in 1976 and a Bachelor of Architecture (Hons.) in 1979. After a year working in the Government Architect’s Branch of the New South Wales Department of Public Works, Alasdair decided to pursue a long held dream of becoming a painter. Since the early 1980s he has devoted himself almost exclusively to his artistic self-development, first as a painter, but later also directing his energies to writing and photography. 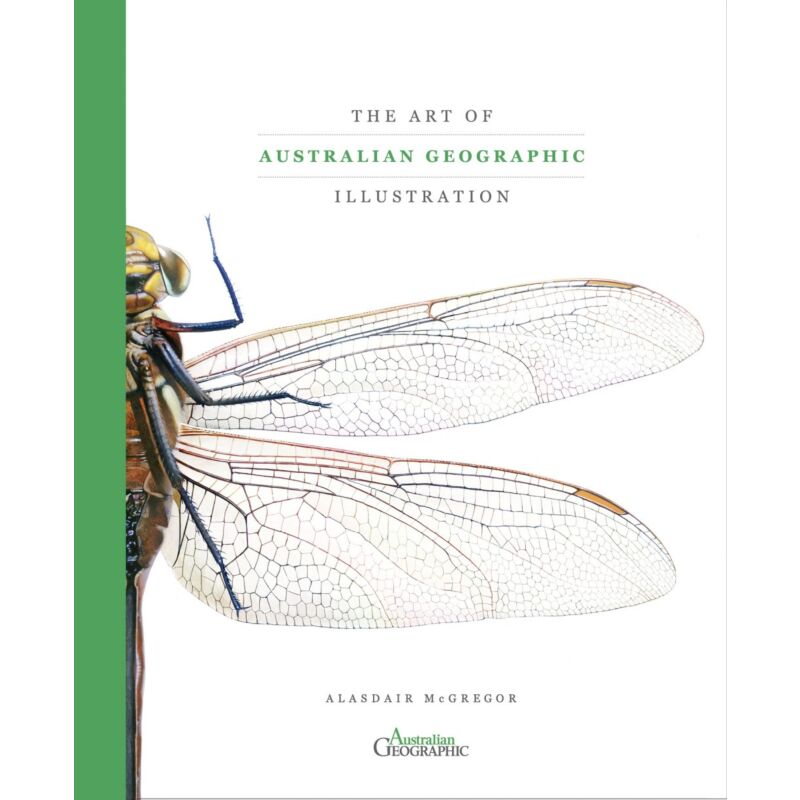